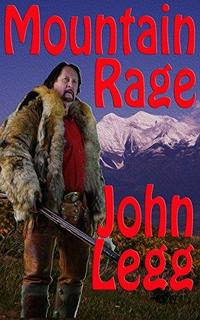 When the Company men were standing before Squire, he said, "I be of a mind to make wolf bait out of the lot ye. But mes amis be appealin' to my better nature to not be doin' so. There be some supplies and such a couple miles from here. Some of my lads will escort ye there. Then ye be on your own. Any of ye be givin' 'em trouble or tryin' to lag behind will be getting a lead pill in the brisket. Ye'd be wise to take what little be there and move on."

"You can't do such a thing, Squire," Murdock said.

"Oh, yes we can," Melton interjected. "And if you persist in your obnoxiousness, you will not even receive the small amount of supplies we have provided."

"Hell, we'll simply return here and wait for the next boat from Fort Union."

Squire and his men simply smiled.

"Gideon, you and Billy pick several lads and march these goat humpers to where ye left the plunder. We be pullin' out. Ye can be catchin' up to us. And mind what I told these lads: Anyone creates a fuss, ye're to shoot him down."

"Yes, sir," Hook said. Minutes later, he and four others were herding the Company men across the prairie. Before they were out of sight, the rest of Squire's group was pulling out. Only Squire, Ledoux and Melton stayed behind. Each held a burning twig.

Melton touched the burning twig to a line of black powder. It immediately began sizzling and crackling along on its destructive journey. To his right, Squire did the same with another line of powder, and then Ledoux, to his right, did the same. The three mounted their horses, spun and galloped out. Just before reaching the trees, they stopped and turned.

Moments later, a series of thunderous, gratifying explosions ripped through the wood fort. Chunks of wood metal, fur and more flew high, fire began to lick at what was left, and smoke boiled into the sky.

"Waugh! That be most satisfyin'," Squire said.

"It feels rather strange for a businessman like me to celebrate the destruction of a business place. But by God, this is a pleasurable sight to be sure."

On the Hunt for Freedom and a Life Worth Living…

Vengeance is coming, and no quarter will be given

"John Legg should write more books like this one." - Amazon Reviewer

"Legg has filled a gap in Western literature." - Amazon Reviewer